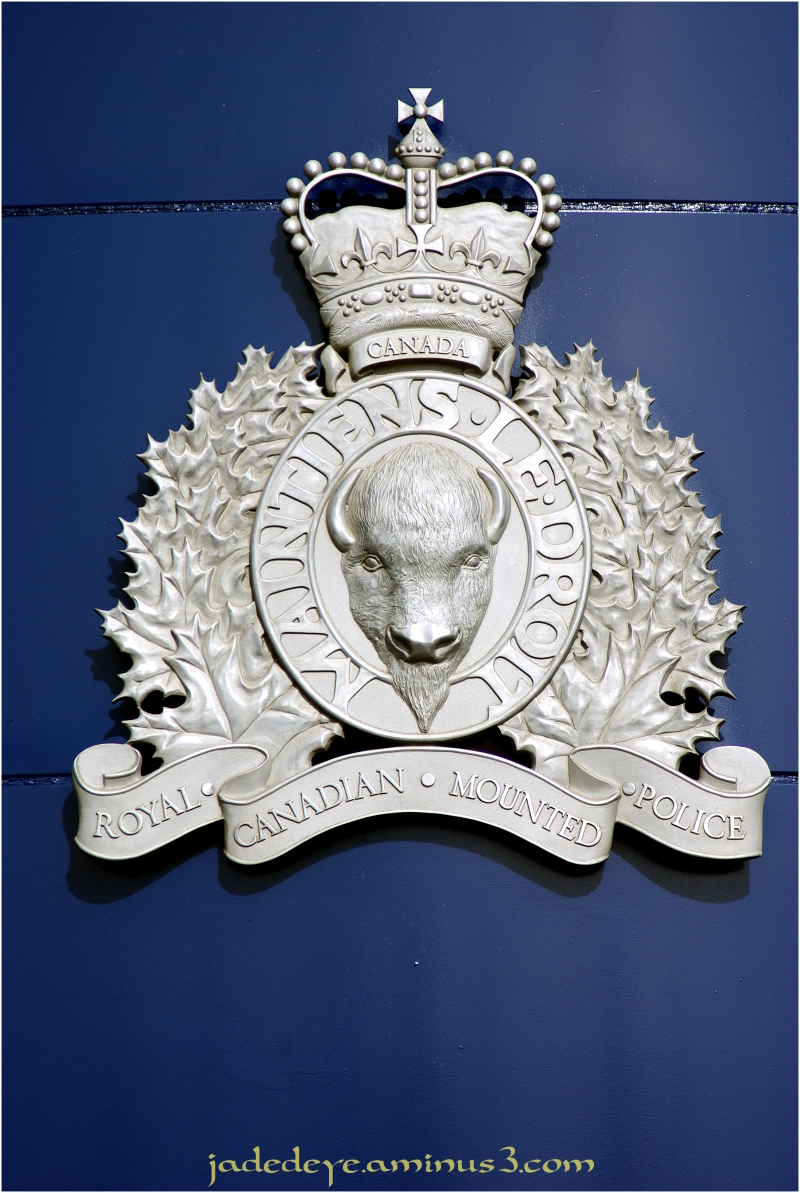 Posted by Eric Cousineau (Sherwood Park, Canada) on 27 February 2010 in Miscellaneous and Portfolio.

The Royal Canadian Mounted Police (RCMP) (French: Gendarmerie royale du Canada (GRC), literally ‘Royal Gendarmerie of Canada’; colloquially known as Mounties, and internally as ‘The Force’) is the national police force of Canada, and one of the most recognized of its kind in the world. It is unique in the world as a national, federal, provincial and municipal policing body. The RCMP provides federal policing service to all of Canada and policing services under contract to the three territories, eight provinces (except Ontario and Quebec), more than 190 municipalities, 184 Aboriginal communities and three international airports. The RCMP was formed in 1920 by the merger of the Royal Northwest Mounted Police (RNWMP, founded 1873) with the Dominion Police (founded 1868). The former was originally named the North-West Mounted Police (NWMP), and was given the Royal prefix by King Edward VII in 1904. Much of the present-day organization's symbolism has been inherited from its days as the NWMP, including the distinctive Red Serge uniform, paramilitary heritage, and mythos as a frontier force.

thanks for the explanation. nice and sharp picture

Neat photo; I have a photo of myself taken with one handsome RCMP member at Lake Louise!

Very well photographed. Have not seen too many nice coats of arms but this one is a beauty.

great shot and interesting info, I guess the few mounties that can be seen in Ontario at Niagara Falls are more of a tourist thing.

@BJ: Thank you BJ! I am sure that flirting with the tourists is part of their duties... ;-))

An impressive <coat of arms>! I like their costumes, saw them during the Final Ceremony of the Olympics, a most welcome presence in the show!

@Japanalia: Thank you very much Gabriela! ;-)