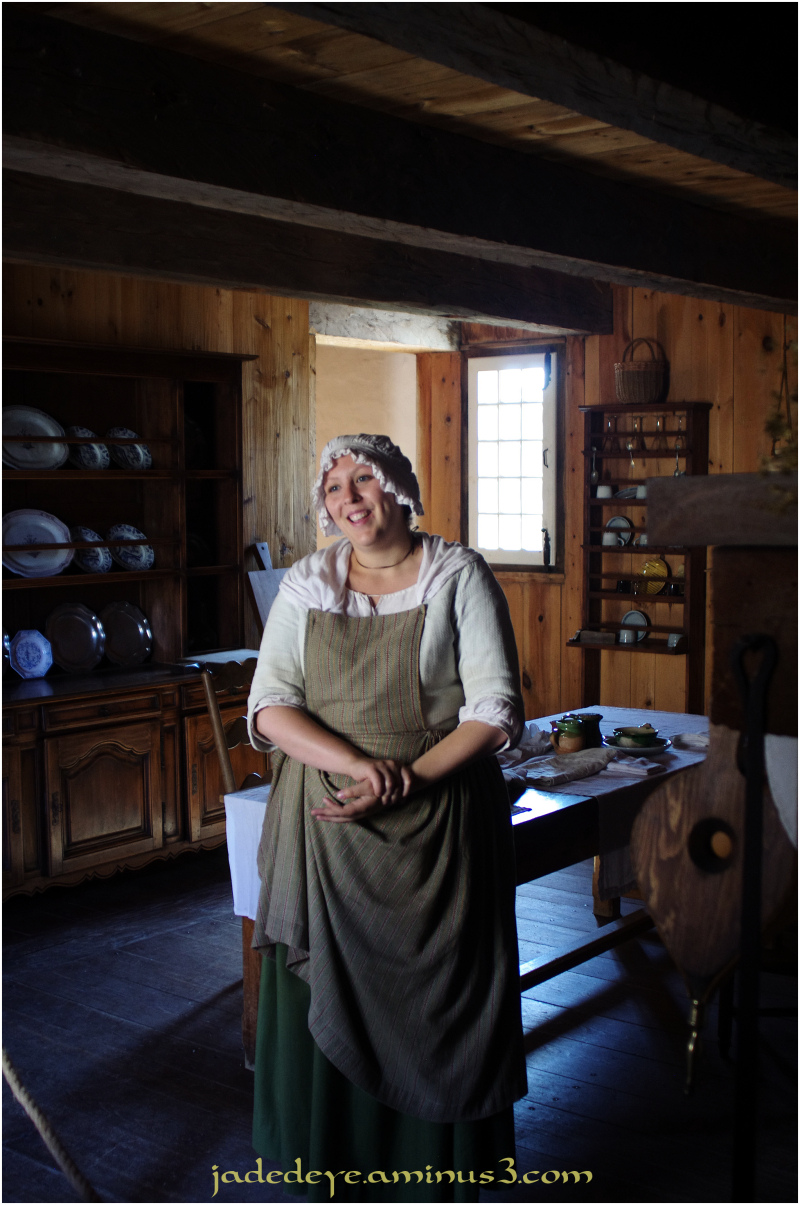 Posted by Eric Cousineau (Sherwood Park, Canada) on 9 May 2013 in People & Portrait and Portfolio.

Farmers, planters, and shopkeepers in the American colonies found it very difficult to hire free workers, primarily because it was so easy for potential workers to set up their own farms. Consequently, a common solution was to transport a young worker from England or Germany, who would work for several years to pay off the debt of their travel costs. During the indenture period the servants were not paid wages, but were provided with food, accommodation, clothing and training. The indenture document specified how many years the servant would be required to work, after which they would be free. Terms of indenture ranged from one to seven years with typical terms of four or five years.

That would have been a hard life. A superb portrait.

Beautiful capture. Have a nice day.

Great portrait and information, Eric. Seems like a hard way to go about coming over to the colonies, but at least, it allowed those people to make the trip. I was quite surprised how few years the indentured servitude lasted. I figured it'd be a decade or more.

Nice portrait in the beautiful light.

This looks like a 'behind the scenes' shot as in Downton Abbey.
I do enjoy all images of the colonial period; this is great, Eric.

A perfect photo to go along with the info Eric... I imagine in some cases that five years was like ten... depending on who your task master was. I love the photo, she has such a beautiful smile.... I enjoyed!

Beautiful portrait...the light on her face and in the room is perfect! Really well done, Eric.

A fine "period" picture. The narrative was very interesting.

She looks like she belongs there!!!! Travelling back in time with you is most exciting!

Fantastic portrait..she's chirpy and charming :-)
.but what sadness lies behind the life!! At least some pocket money could have been given, I suppose...

I love historic places with people in period costumes like this. It really makes history come alive.

What a lovely portrait you have made!!

brilliant image, eric ... judging by her smile, her time of indenture must be over very soon ... or perhaps the son of the farmer has just proposed to her ... ;-)))

Fantastic picture with a very interesting information. Have a nice day, Eric.

Haha this is charming :-)

Beautiful series. I love the portraits and costumes ! Well done !