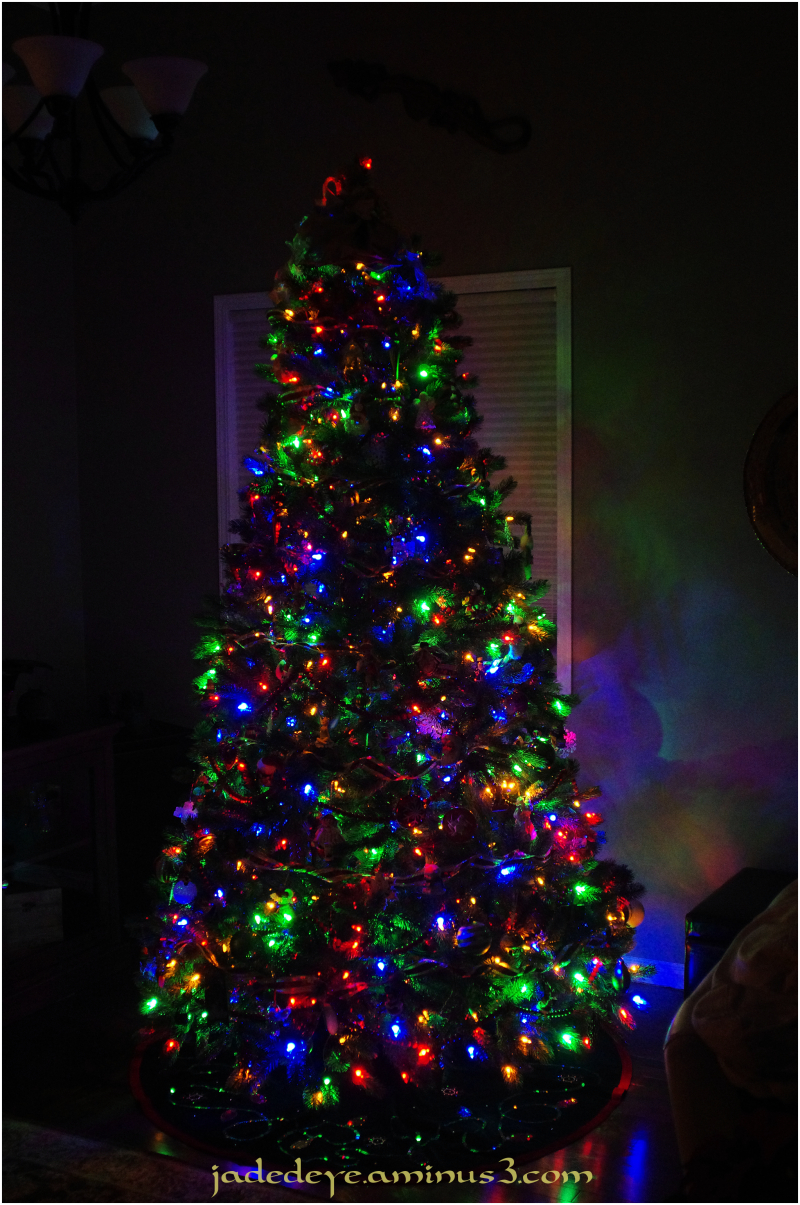 The Magic of Christmas

While it is clear that the modern Christmas tree originated during the Renaissance of early modern Germany, there are a number of speculative theories as to its ultimate origin. Its 16th-century origins are sometimes associated with Protestant Christian reformer Martin Luther who is said to have first added lighted candles to an evergreen tree.

It is frequently traced to the symbolism of evergreen trees in pre-Christian winter rites, in particular through the story of Donar's Oak and the popularized story of Saint Boniface and the conversion of the German pagans, in which Saint Boniface cuts down an oak tree that the German pagans worshipped, and replaces it with an evergreen tree, telling them about how its triangular shape reminds humanity of the Trinity and how it points to heaven.

Beautiful colors on the tree.

Merry Christmas to You and Your family Eric.:-)

Merry Christmas to you and yours, Eric!